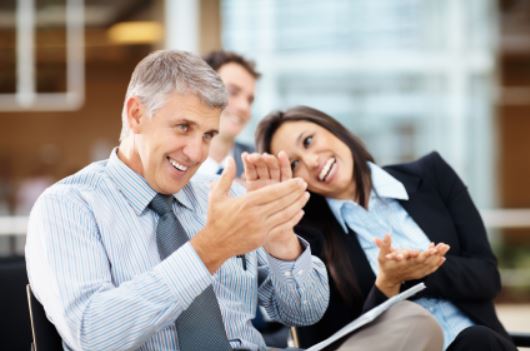 It’s one of the toughest jobs of a manager: giving feedback. Many bosses find it stressful and difficult — but that may be because they are focused on offering criticism and correcting mistakes when they should be providing positive feedback. In fact, recent research shows that people see leaders as more effective when they give praise. Whatever is holding you back from offering compliments (Is it a desire to be seen as tough? A fear that the employee will start to coast?), get over it.
Proactively develop your skills in giving praise. It’s OK if the praise is brief — it just needs to be specific, rather than a general remark of “good job,” and ideally it should occur soon after whatever you’re praising the person for. And, of course, it’s best when the compliment is sincere and heartfelt.
The above writings are adapted from “Why Do So Many Managers Avoid Giving Praise?” by Jack Zenger and Joseph Folkman
Willie says :-
” Be careful though. Be fair to everyone. Be objective. Avoid favoritism. It is also common that MANAGERS tend to be “kinder” to certain individuals or groups and harsher to others “.
Based your praise on facts, historical progression and the complexity of each respective person/group’s task ; and NOT on paradigms or subjective evaluations due to your own weakness (as a leader) of being influenced by a subordinate who is closer to you than those who are not. “